National Geographic Adventurer of the Year 2019

"Beautiful and skilful, intimate and honest, Anish is a quest for the conquest of the trail and its own inner darkness." – Foreword Reviews

"Filled with thoughtful self-reflection, soaring natural descriptions and delightful portrayals of gracious, life-sustaining & # 39; path magic & # 39; of walking culture, thirst is a testament to human endurance and inspiring for hikers and non-wanderers. "- Shelf Awareness

At age 25, Heather Anderson had reached the so-called "Triple Crown" of backpacking: the Appalachian Trail (AT), the Pacific Crest Trail (PCT) and the Continental Divide Trail (CDT) vertical gain of more than a million feet. A few years later, she gave up her job, her marriage and a dissatisfied life and went back to these mountains.

In her new memoir, Thirsty: 2600 miles homeHeather, whose brand name is "Anish," not only conveys her sporty and wild adventures, but also shares her special message of courage – her willingness to turn away from the predictability of a more traditional life, to find out what she most fulfills. Under the rigors of the trail – pain, fear, loneliness and danger – she discovers the greater rewards of community and self, overcomes her doubts and builds trust. Eventually, she realizes that recordings are just a catalyst, indicating their purpose, focus, and goal.

Heather is the second woman to complete the Double Triple Crown of Backpacking and complete the National Scenic Trails of Appalachian, Pacific Crest and Continental Divide twice each. She holds the self-supporting Fastest Known Times (FKTs) on the Pacific Crest Trail (2013) – in 60 days, 17 hours and 12 minutes – breaking the record men's record by four days and being the first woman to win the overall standings holds record – and the Arizona Trail (2016), which she completed in 19 days, 17 hours, 9 minutes. She also holds the women's self-supported FKT on the Appalachian Trail (2015) with a time of 54 days, 7 hours and 48 minutes. Heather has traveled more than 20,000 kilometers since 2003, including ten migrations. As an ultra-marathon runner, she has completed six 100-mile races since August 2011, as well as dozens of 50km and 50mile events. She has tried the infamous Barkley Marathons four times and once started a third round. Heather is also an avid mountaineer and works on several promotion lists in the US and abroad. 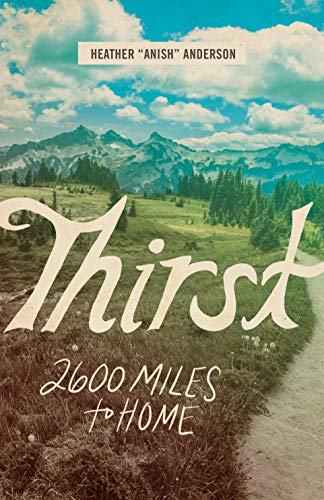